The most famous attraction of Split, Croatia is Diocletian’s Palace which you can explore on our daily Split walking tour. Built at the turn of the 4th century AD as a home to the Roman emperor after his retirement, it is a large fortified complex of buildings. Most of them, including the walls and towers, are excellently preserved to this day, primarily due to the fact that the palace served as the center around which the city grew over the centuries. The Southern part of Diocletian’s Palace is of major interest to tourists as it is where all the main attractions in the imperial complex are. The list includes the Peristyle, vestibule, cellars, mausoleum and the Temple of Jupiter

The palatial complex originally had a rectangular shape, measuring around 190 meters in length and 160 meters in width. It was heavily fortified on its North, East and West side, with the tall thick walls being dotted with watch towers. The South side faces the sea and its wall was built in a much different fashion – with columns and decorative details. 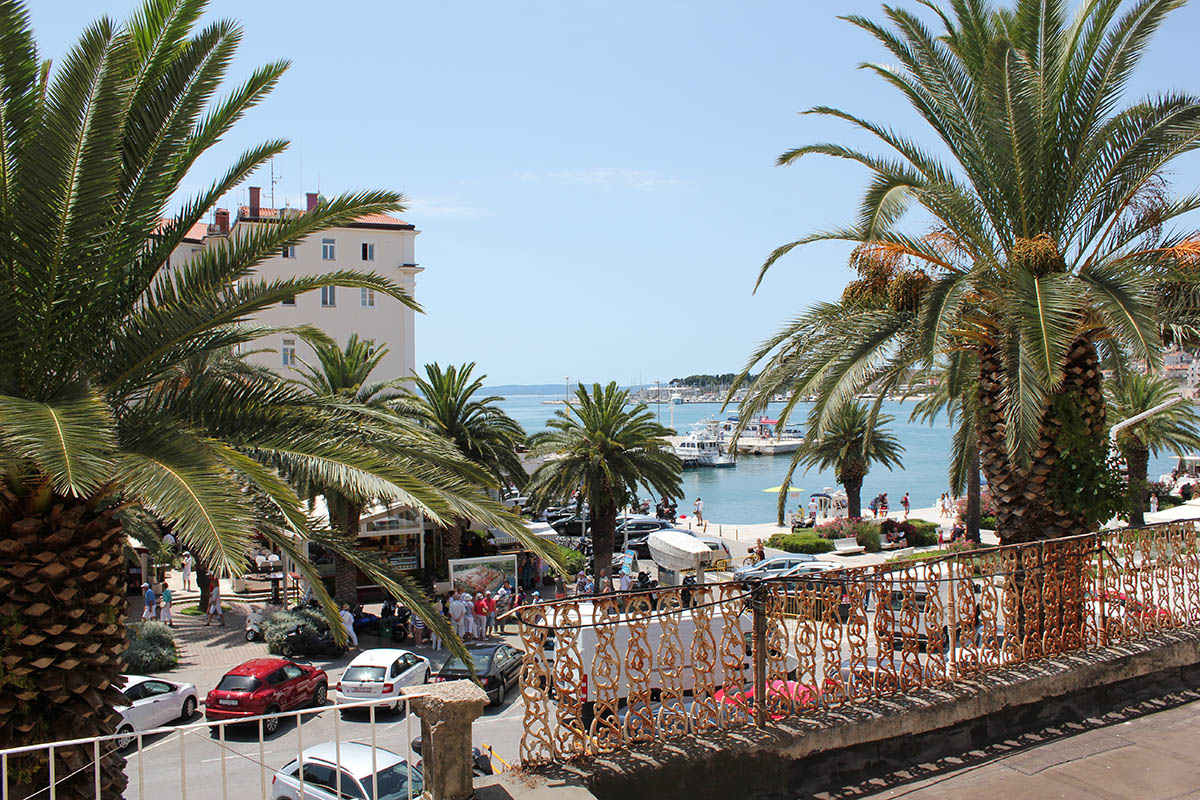 It is thought that the South facade was directly at the sea with no structure between them, apart from a small platform used for mooring boats. This platform led to what is now known as the Brass Gate. Its original name is Porta Meridionalis. It is much smaller than the other three, but it served a strategic purpose. The emperor could get supplies by sea even if the fortified complex was surrounded by an enemy’s army or escape safely in the cover of darkness.

Today, Porta Meridionalis, also known with its Renaissance name, Porta Aenea, is the main entry into the complex and the place where all tours begin. It takes you directly to the Southern part of Diocletian’s palace. It includes the quarters where the emperor lived plus buildings of ceremonial importance.

The Northern part, on the other hand, included residential structures housing the soldiers and other people working in service of the emperor. The two parts are divided by an east-west-oriented road called decumanus maximus, which was typical for the Roman urban development. It linked the East Gate and West Gate of the palace, named Silver Gate and Iron Gate respectively. It is interesting to note that the Southern part is much better preserved.

The Southern part of Diocletian’s Palace included his living quarters facing the sea. The entry to them was via the vestibule, a tall structure with a dome-shaped ceiling whose purpose was to impose the grandeur of the emperor. The very top of the dome is now gone and the sun shines through it, so tourists can take some awesome photos. The other interesting thing in the architecture of the vestibule is the set of niches on the walls. They used to display statues of the Roman gods, signifying the divine connection between them and Diocletian.

While the emperor’s living quarters have not been fully preserved, the cellars below them have. It’s interesting to note that their structure mirrors what was above them purposefully to provide maximum support. You’ll love wandering through the maze of the cellars, which were used to store wine and food supplies. The round room, with its incredible acoustics, is thought to have been used for warning the emperor of the presence of intruders trying to get to him.

A mausoleum was also built in the Southern part of Diocletian’s Palace. Its purpose was to be the final resting place of the emperor after his death, enabling people from far and wide to pay their respect and appreciate the great deeds he had done in his lifetime. The mausoleum is now Cathedral of Saint Domnius, but both its original architecture and interior decorative elements have been preserved over the centuries.

After walking through the Peristyle, the exterior section of the Southern part of Diocletian’s Palace, where the emperor’s subjects would greet him during official ceremonies, you should visit the Temple of Jupiter. The decapitated black sphynx greeting you at the entryway is just one of the highlights. The scoffed vaulted ceiling is a true architectural masterpiece which will undoubtedly leave you in awe. 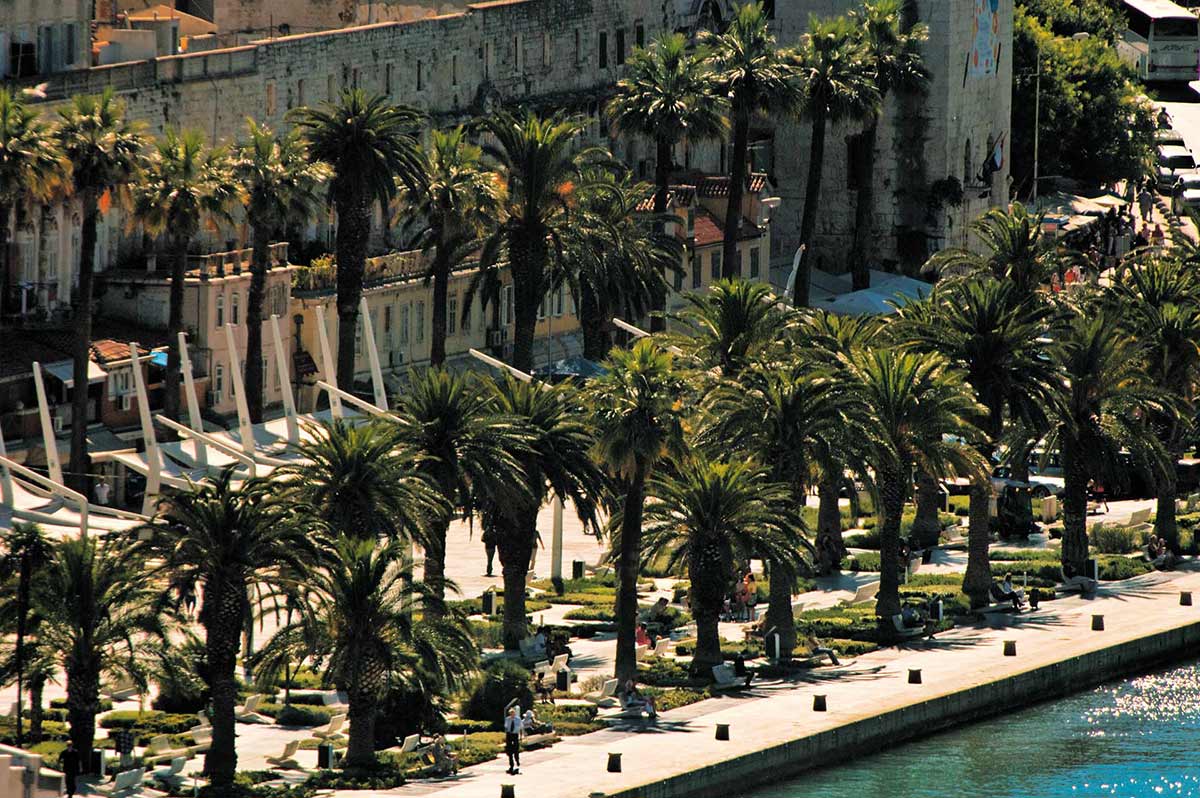 After going on a trip around the Southern part of Diocletian’s Palace, you can take a break at one of the cafes on the promenade just outside of the Southern wall. The sea breeze is incredibly refreshing and so is the view once enjoyed by the emperor.

Posted on July 18, 2017 by SugamanTours in Diocletian's Palace Attractions
Tagged as diocletian's palace, things to do in split