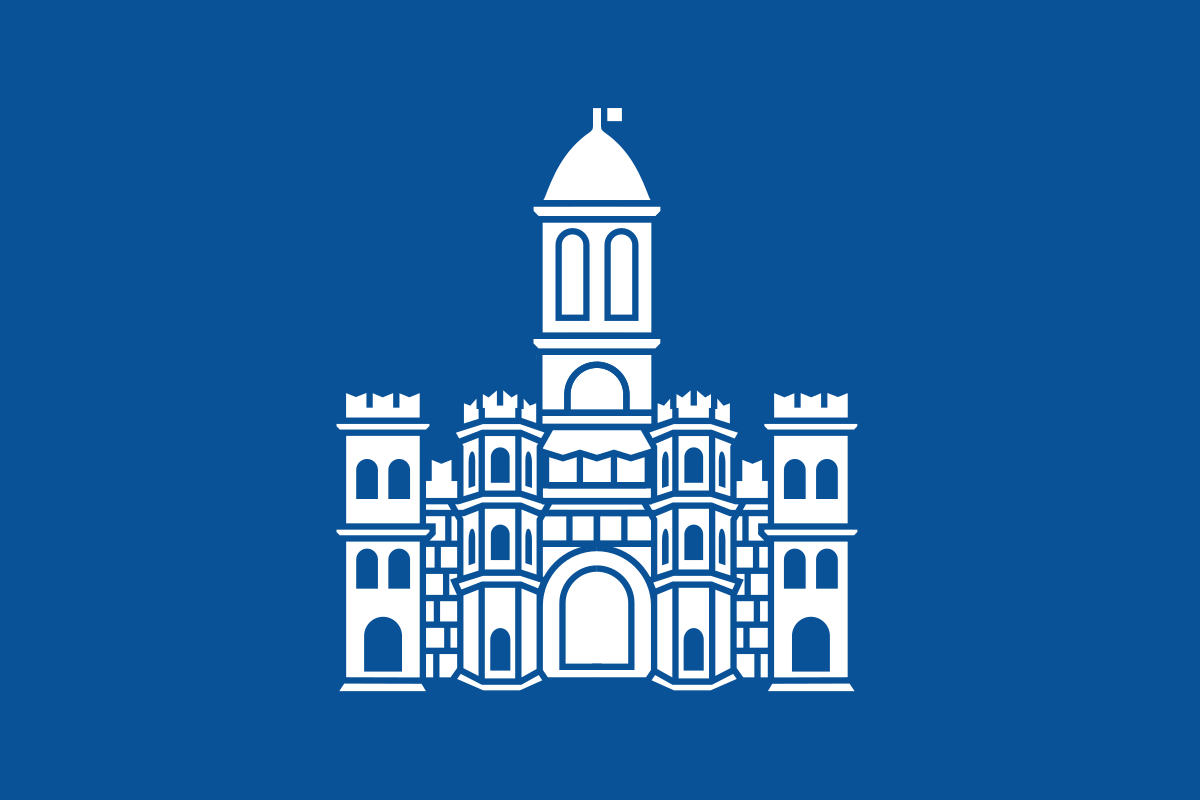 The most visited and most popular attraction in Split is definitively the Cathedral of St. Domnius located inside the Diocletian’s Palace. The part of the cathedral is its bell tower which has become an emblem of the city and is the dominating feature on the coat of arms of the city, along with the northern walls of the palace, which is used to represent the city since the Middle Ages.

In May and October Cathedral is open from 07 AM until noon in the morning and from 05:00 till 07:00 in the afternoon.

In winter cathedral is open from 07 AM till noon.

Located right in the heart of the Diocletian Palace, on the crossroads of the two main streets cardo (north-south) and decumanus (east-west), Cathedral of St. Domnius played an important role in everyday lives of Split’s citizens. For its immense cultural importance and millennium-long history, Cathedral of St. Domnius is the seat of the Archdiocese of Split and Makarska. 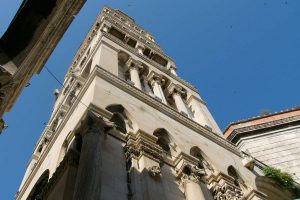 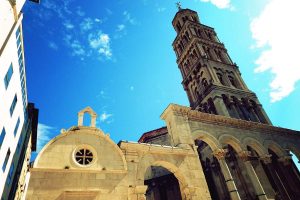 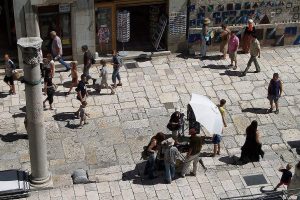 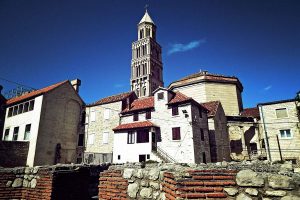 Brief History of the Cathedral

As it happens, Emperor Diocletian, who ordered the construction of Diocletian’s Palace, the birthplace of Split, was the last Roman prosecutor of Christians. It was he who prosecuted Saint Domnius along with seven other Christians who were swiftly beheaded in Salona in year 304.

The Christians had the final say however as in the 7th century the Diocletian Mausoleum, built in 305, was converted into Christian cathedral. The sarcophagus with Diocletian remains, which was located in the center of Mausoleum was ritually destroyed and the altars of martyrs Saint Domnius and St Anastasius, both executed in nearby Salona take the honorary place inside.

Oldest in the World

Because it is located in the Diocletian’s mausoleum, the cathedral of St. Domnius is the second oldest structure in the world which is in function as the Christian cathedral, and is regarded as the the oldest Catholic cathedral which remains in use in its original structure, in the entire world.

Inside of the church, on the left side you will see the altar of St. Anastasius, created in the 1448 by one of the greatest Croatian sculptors Juraj Dalmatinac. Take a look at the famous Flagellation of Christ, impressive main relief of the sarcophagus.

On the right side is the altar dedicated to St. Domnius, the patron saint of Split. Its ciborium was erected by Bonino da Milano in 1429.

On the outside the church, originally Diocletian’ mausoleum which is built in octagonal shape, is encircled by 24 columns still perfectly preserved to this day. There are also two rows of red granite Corinthian columns encircling the domed interior of the church.

Another interesting feature of St. Domnius Cathedral is its two wing gates, made in walnut in 1220 by Croatian sculptor Andrija Buvina, on which you will see 14 tablets depicting scenes from the life of Christ.

The bell tower construction began somewhere around the year 1100 and, by some accounts, lasted for over 300 years. It is built primarily in Romanesque style, but because of the length of its construction other styles are noticeable as well.

The bell tower today is particularly popular with the tourists as you can climb the stairs all the way to the top of the bell tower, 57 meters high, for the unforgettable panoramic view of Split and the islands surrounding it.

There is an entrance ticket to enter the Cathedral of St. Domnius which is also valid for the entrance inste the baptistery (Temple of Jupiter). There is however a seperate ticket for those who wish to climb the cathedral’s bell tower.