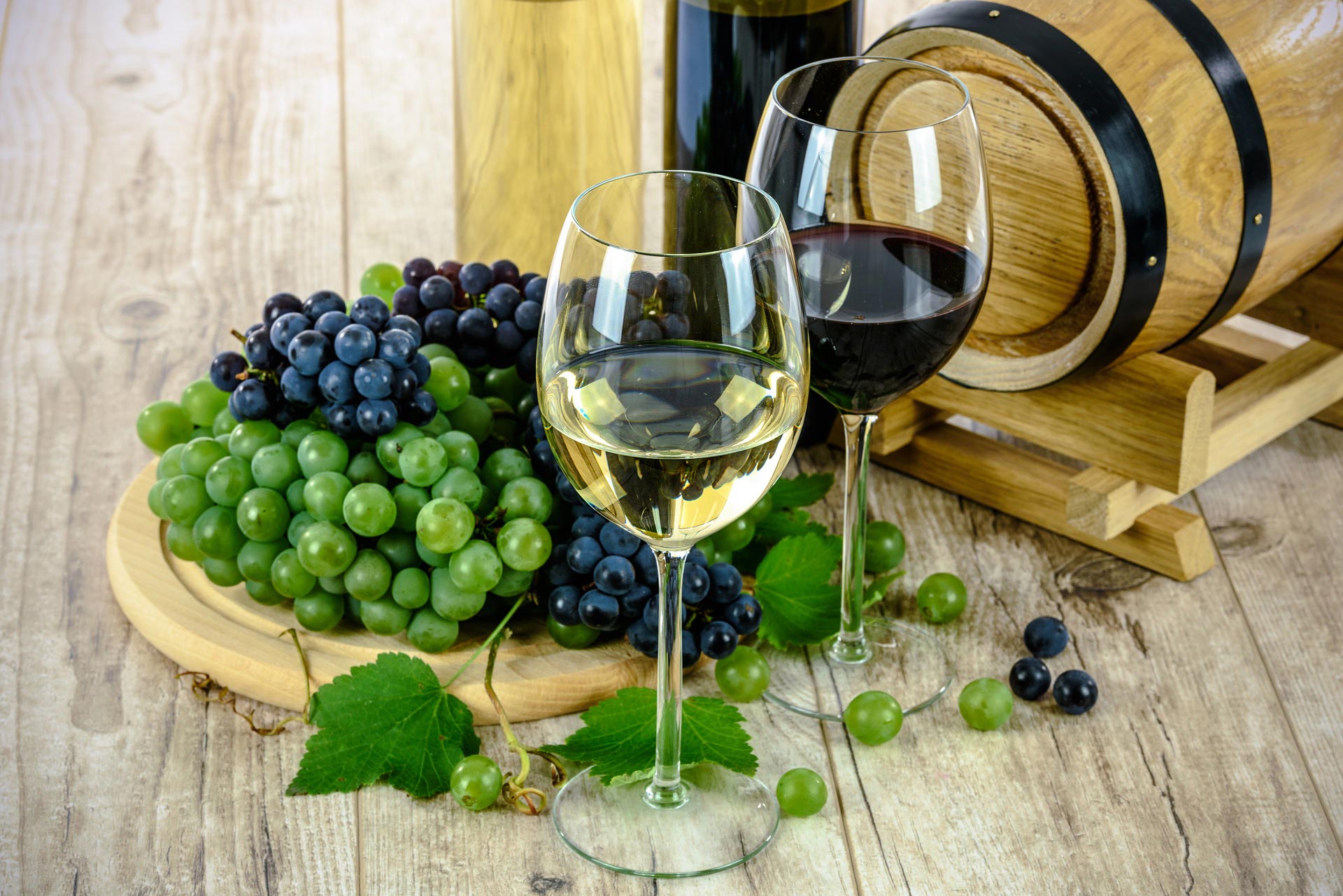 There are about one hundred autochthonous grape varietals in Croatia.
In her new book, “Wine grapes”, Jancis Robinson identified 1368 sorts of which 39 are Croatian autochthonous sorts.


It is also interesting that there are all five-possible wine-growing zones in Croatia, which are determined by temperature and number of sunny hours, so the offer is really colorful.

We will mention some of the autochthonous Croatian varietals which you simply must try!

Crljenak Kaštelanski is an old and almost forgotten Croatian varietal, which has recently been occupying interest of domestic and foreign winemakers. Namely, it was found that Crljenak Kaštelanski and American sort Zinfandel have identical genetic profile, that is- they are from the same varietal, what relieved the mystery of its origin.

Zinfandel is actually old Croatian autochthonous varietal, and its homeland is Dalmatia – it was proven by the DNA method.

The Americans have stopped the procedure of protecting Zinfandel as American vine and, broadly as they are, cautiously backed up by further research.

Under the name Zinfandel, this varietal was introduced to the United States (Long Island) in the early 1920s by the Imperial State nursery garden in Vienna (where numerous varieties of former monarchy were collected).

Thirty years later, it was transferred to California, where it expanded very rapidly, especially during the so-called golden fever. In the eighties of the 19th century it became the most widely spread varietal in America.

The popularity of Zinfandel, especially in America, continues to nowadays. It occupies a very large area, over 23% of the total area under vineyards, and is grown by more than 200 producers. It is a highly respected varietal in the US that usually gives strong and full, intensively colored wines. Unlike some other black varieties, its wines are soft and very drinkable, with a distinct sort aroma, which varies from discrete floral to strongly-developed fruity scents.

The quality and character of wine depend mostly on the area of cultivation, age of planting and the applied technology.

Rose wine of this varietal, so-called White Zinfandel is also known and for a long time was at the top of popularity among American wines. From year to year, the circle of his fans spread, so in 1991, the Zinfandel Advocates and Producers Association (ZAP) was founded, with the aim of promoting varietal and wine, and supporting professional and scientific research related to this varietal.

After so many years of search, the analysis showed the identical genetic profile of Crljenka Kaštelanskog and Zinfandel, which finally solved the mystery of the origin of the most popular varietal in America. Additional proof of the Croatian origin of this varietal is the discovery that many other Croatian autochthonous varietals are closely related to Zinfandel/Crljenko Kaštelanski.

Zinfandel lived in Dalmatia on the islands too and it was called Tribidrag as an economically very important varietal and valued wine in the 15th century.

The father of Croatian literature Marko Marulić and poet Hektorović also cultivated and made wine. Marulić was the one who named Zinfandel- Tribidrag and actually this was his first name! From this point on, this story has not ceased to fascinate the world and many Americans are visiting new vineyards of Crljenak, Tribidrag and pilgrimage to the homeland of ‘their’ Zinfandel.

The King of Black Wines of Croats is how we call Plavac mali. Generations of good wine lovers have built the expected quality standards according to all black varietals based on the varietal performances of this great autochthonous varietal.

Plavac mali is autochthonous varietal of Central and Southern Dalmatia, and a few years ago, the parental couple of varietal was established, whose crossing originated Plavac mali.

Both parents are also our autochthonous varietal, one of them almost extinct, and the other practically present only in Solta. The first one is called Kaštelanski crljenak ili Pribidrag and is identical to the famous California variety of Zinfandel and Italian called Primitivo, and the other is Dobričić varietal which was for years mostly used only to repair color to another varietal.

Apart from the fact that the varietal is autochthonous Dalmatian, its cultivation also grew only on these areas, so it can be found mainly on all the major islands and the narrow coastal part of Central and Southern Dalmatia. By the amount of cultivation, precedes the peninsula Peljesac and right after him Hvar island.

Plavac mali has always been the inevitable detail of the best dining tables.

‘To people who grow these vineyards, I bow down and I want to kiss their hand’ – shouted out a few decades ago, US enologist from FAO (United Nations Agriculture and Food Organization), when he was shown Dingac- position of vineyards given from God on the southern slopes of Pelješac, where in the trinity of- sun, soils and farmer’s hands – for centuries grows the most famous Plavac mali on this side of the Adriatic.

For the past 55 years, Dingač is proud owner of the International Quality Certificate, which it gained in Geneva in 1964 as the only wine from the area of former Yugoslavia through the protection of its geographical origin.

Its origin is not known, Plavac mali is ancient Dalmatian wine, but it is well-known that it has been toasted with Dingač on Vienna’s and Prague’s palaces in the past.

Today, from about eighty hectares of land it is distributed throughout the world.

The only secret ingredient that delivers a perfect taste to Dingač Plavac, and the biggest thing is that it cannot be stolen or copied? Locality! Brown carbonate soil on calcium carbonate sips. Insulation is double, straight from the sun and reflection from the sea. It is resistant to drought, there is almost zero of downy mildew, the depth of the root reaches up to ten meters, the vine requires only one sulphur dusting.

Plavac mali from Dingac is eaten and drunk, it has up to 35 grams of dry matter per liter and average 15 percent of alcohol, fermented with natural yeast, and cherry yeasts that still have only some Portuguese wines.

The production is completely ecological, it is full of iron, aromatic, dark blue- simply healing!

Postup is an exceptional black wine, which is made from grape varietal Plavac mali from the limited, sunny slopes, named also Postup, on the south side of the Pelješac peninsula, whose controlled geographic origin was protected before over 50 years.

Wine obtained from grapes from Postup’s position was often unjustifiably neglected because it was always in the shade of a far better-known wine Dingač. Namely, Postup and Dingač are neighbouring vineyards on Peljesac, which are quite similar, but the grape wine from the Dingač slope has always been more wanted, appreciated, and better paid.

However, Postup wine was often of the same quality as Dingač’s wine, so these two twin wines sometimes did not distinguish the biggest wine experts.
For the Postup wine, it is said that it’s the symphony of a pleasant taste, a generous aroma and a special bouquet, created as a result of the action of the sun and a special composition of the soil and the sloping position.

Postup is characterized by high alcohols, most commonly from 13.5 to 15 vol.%.
When you take your glass of Postup, an attractive smell of grapes is felt, and some people even discovers notes of fresh fruit. Already at the first sip, we experience a velvety and full flavor whose aroma creates an association with berry fruit, especially cherry, blueberries and currants, and dried plum.
The pleasant taste keeps in the mouth long after drinking.

Babic has been one of the neglected varietal until recently, although demand for it has never been missing. There are few reasons: small yields, bad voice that treats it as a mediocre wine – more for drinking it with water, demanding work in poor land vineyards in the Primošten hinterland … It was tried to be transferred to more fertile soils and lifting on the wire but then dark blue berries became only a material from which even a passionate winery cannot produce even just a good wine.

The unique characteristics of a Babić only keeps when like the shrub grows in small pockets of land on small lot enclosed by drywall. The rows of these small pieces of the earth are vertically rising from the seacoast and are in a straight line, so from the air looks like a rich lace.

The rocky, inaccessible terrain is by extraordinary human effort transformed into agricultural land cleaned in traditional way, without the use of machines and therefore it is no surprise that the location of Bucavac Veliki is on the waiting list for inclusion on UNESCO’s list of protected heritage sites.
Babic wines have traces of dark berries, plums and figs, as well as various spices. Ripening in barrels improves the longevity of wine and its spicy flavor.

On island Hvar, back from the Greek times, the vine is deeply woven into the earth and into the people. The traditional production of quality varietals on the island is very old and widespread, so over the time they have profiled wines of recognizable quality.

Bogdanuša is autochthonous white varietal wine of Hvar island. The legend says that this name (Bog- God, dan- given, ‘given by God’) was given because of its exceptional quality it was drunk exclusively for religious holidays. Golden yellow is its color with an alcohol content of more than 13%, and because of its quality it has been served on Vienna’s palace.

It is most commonly planted on red color land, which gives it additional refreshing acids – which is why it parry great to Pošip.
In this synergy, each of the sorts gives the best of it: Pošip gives power, rich body and moderate acidity, as well as typical sort aroma of apricot, peach and minerality, and Bogdanuša gives gentle floral aromas and freshness.

Bogdanuša gives wines of moderate alcohols and lively acids. It is the right wine for lovers of lighter, fluttering wine full of freshness.

Rarely some wine sort in the world has such a lively story of the originate like Korcula Pošip.

The legend from the 19th century, written by Dr Marcel Jelaska from the Institute for Adriatic Culture in 1967, follows: ‘Marin Tomašić Barbaca while cutting the forest in the canyon of Stiniva, found a wild vine in the forest that interested him with excellent taste and unusual aroma. He cut off its birch and planted in his nearby vineyard on the island of Korcula.

Over a number of years, he increased vines in vineyards, and he has given them to other winegrowers on the island, or they have taken them by themselves, seeing its excellent characteristics.’

This undoubtedly Korčula variety has gained immense popularity throughout Dalmatia and Croatia in the past couple of decades, and its representation does not stop growing. It is no longer grown on this island, but it is located near Zadar, Skradin hinterland, Brač, Hvar, and the Dubrovnik hinterland.

This undoubtedly Korčula’s varietal has gained immense popularity throughout Dalmatia and Croatia in the past couple of decades and its representation does not stop growing.

It is no longer grown only on this island, it is planted near Zadar, Skradin hinterland, Brač, Hvar, and the Dubrovnik hinterland.
The tradition of viticulture on the island of Korcula dates back to the 4th century BC, since the time of the old Greeks.

The development of the wine production has been on the island for centuries, and as a result we have high quality wines, primarily Pošip – one of the best Croatian white wines.

The title of one of the noblest and healthiest alcoholic beverages without doubt goes to- wine.

Apart from being known for its natural charm and as the top destination for vacation, Croatia becomes very popular due to its wine production.
Today, Croatia has 64 different grape varieties, more than 800 wineries and nearly twenty thousand registered wine producers.

Moderate and regular consumption of wine is associated with the many beneficial effects of wine on human health, so lose yourself and fulfil your holidays with tasting some truly amazing wines!