The very informative Tourist Information Office in Split is helpful in guiding you to the most popular attractions in town. They have detailed know-how on the magnificent Diocletian Palace, the Cathedral of St. Domnius, the Temple of Jupiter, Peristil Sqaure, Grgur Ninski statue….the list can go on and on. What they may not tell you about are some of the places that quietly stay clear from the limelight and away from the headlines. They are the places that ooze with urban charm and places where the people are the attraction. Let’s discover the underground side of Split. 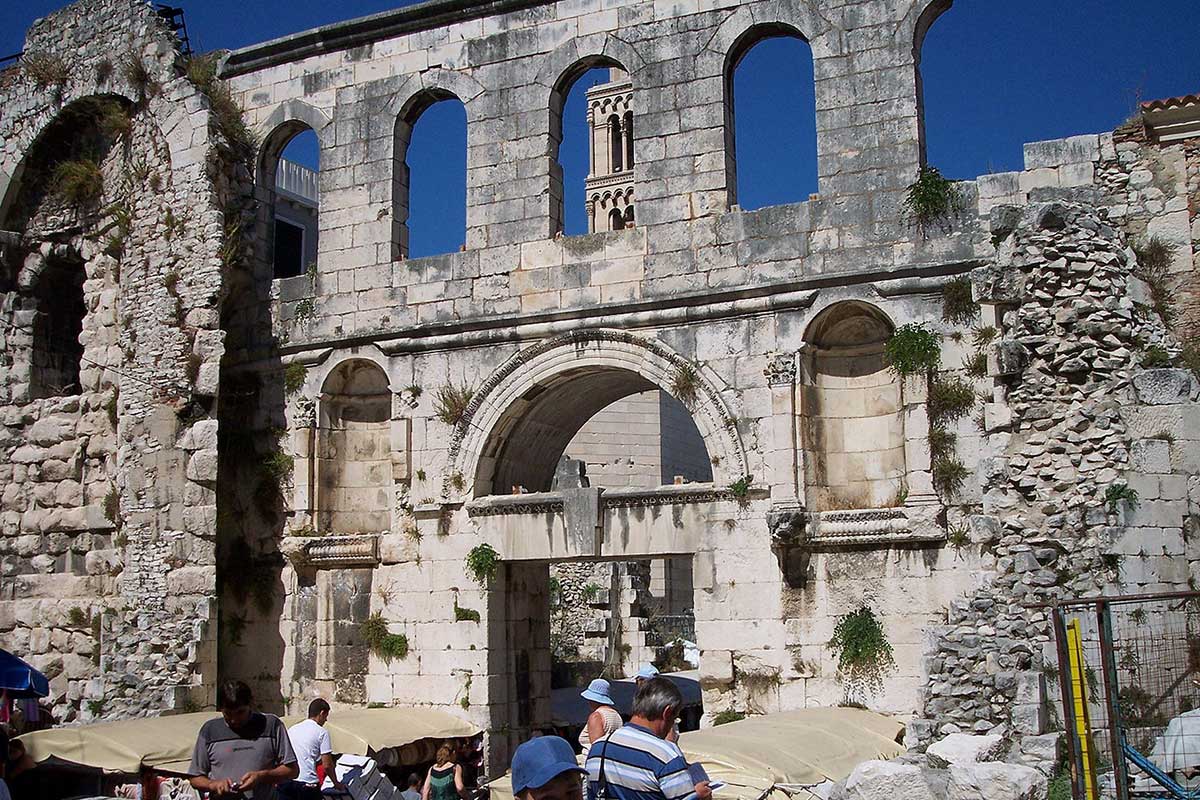 Matejuška is a charming little port just east of the Riva seafront promenade and other than being a precious berthing place for the fishermen of Veli Varoš for generations, it is also the al fresco hangout for Split’s youth. Extending from Riva is a row of palm-shaded benches overlooking for bobbing boats in Matejuška and this is usually where the elderly sit for a social conversation. Walk to the end of the enclosed port and you will find Mali Dućan on the corner, a small kiosk selling over 100 different beers to a thirsty Matejuška crowd. Continuing along the bend, there is a long breakwater jutting out into the bay of Split, where you can see undisturbed views of the city skyline. Along the breakwater, youth sit on the wall until the early hours with drinks in hand, just in time for when the fishermen return to clean their freshest catch on the dock. The vibe at Matejuška is certainly special to Split, melding ancient fishing traditions with urban nightlife.

Ana, the proprietor at GetGetGet, has wrapped all the coolest Croatian things she loves and created a fun-loving concept store in the heart of the old town. Tucked into Dominisova Street in the palace, Ana sports a collection of jewelry, homeware, accessories, prints and other quirky finds from new-age Croatian designers. From 3D printed rings to organic tea-bag pillows, a gift from GetGetGet far surpasses a kitsch souvenir.

When you visit Split’s landmark Cathedral of St. Domnius (Sv. Duje) in old town, you may not be told about the crypt of Diocletian’s mausoleum, just below.  Today, this underground dungeon is the Chapel of St. Lucy, who is the patron saint of the blind. The crypt is mainly closed to the public but on January 13th of every year, it opens so believers can bless their eyes with holy water.

Salona is the probably the most overseen attraction around Split. Located in the town of Solin about five kilometers from Split, Salona has been around for longer than Diocletian’s Palace! Salona was previously the capital city of the Roman province of Dalmatia and it was Emperor Diocletian’s hometown before he relocated to his coastal retirement palace in Split. Although mostly destroyed in the 6th century by Avar and Slav invasions, signs of former civilizations still linger. There are a bunch of impressive artifacts and sights in Salona, all centered around a 1st century aqueduct, 2nd century amphitheater and a thousand sarcophagi.

If you want to escape the old town and really mingle with locals then you need to pay Basket a visit. Basket is supposedly the oldest pub in town and the miniature duplex watering hole on Domovinskog rata 42 attracts a varied crowd throughout the day for an early shot of rakija in the morning to pints and the occasional live band in the evenings.

Bašta Šore is a very much an off the radar beach spot in the heart of Split. The century-old Gusar Rowing Club is located on the northern shores of the Split peninsula, overlooking the industrial zone across the Bay of Kaštela. Near the dock below the club is a little pine forest and café that has always been a locals’ beach for late afternoon swims and recently has become the preferred dipping zone for youth and hipsters.