Trogir is a typical Dalmatian historical town and harbour. The historical town of Trogir is situated on a small island between the mainland and the island of Čiovo. This colorful town was recognized by UNESCO in 1979 by gaining World’s Heritage status. It is very easy to walk through the town and enjoy many landmarks and attractions.

Trogir is a remarkable example of urban continuity. You can explore the medieval town in about one afternoon, but a much better option is to take enough time to meander along the cobblestoned lanes, the sites and to have a leisurely meal in restaurants on the seafront promenade, where it is also possible to act like a local inhabitant while enjoying in long coffees and view from the terraces close by.

We visit Trogir each day on our half day Blue Lagoon tour from Split. Beside sightseeing Trogir, on this tour you will enjoy in swimming and snorkeling paradise! 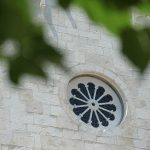 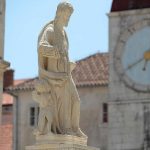 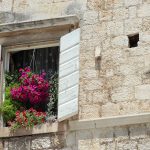 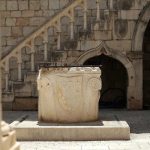 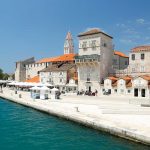 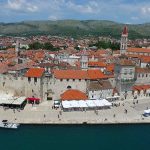 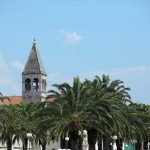 If you want to relax on the beach, there are a few beaches nearby and a lot of them on Čiovo island. There are notable sites in Trogir, starting with the main square of Narodni trg.The main square in the center of the town houses the city hall, main Cathedral and many other civic and historic architectural buildings.

Also, must-see attractions in the town are the Cathedral of St. Lawrence, known for its Romanesque door carved in the 13th century and the elegant bell tower. The Kamerlengo fortress, situated at the northern peak of the island, which enables you to walk the fortress. The fortress has also been used for concerts and other events, an open area during long and warm summer nights. On the mainland, next to the bridge, the main highlight is the Green market, which is also a tourist attraction itself. The 15thcentury loggia, clock tower and Gothic Renaisance Cipko Palace are also wonderful architectural sites. 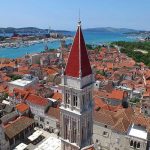 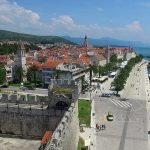 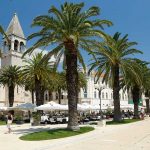 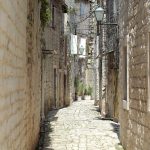 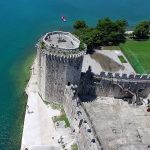 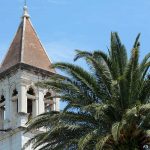 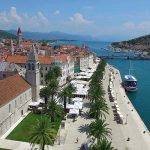 Allow Trogir to take your breath away.

Transcript from the video

The town of Trogir in South Western Croatia was founded by Greek settlers in the 3rd century B.C.

The town was separated from the mainland and became an island during medieval times. Trogir benefited from the Adriatic sea trade and its believed that the water channel between the town and the mainland was actually dug to protect the town from enemies, such as those coming from the Ottoman empire.

Walls and a fortress were built around the town, some parts still remain.

The castle gate was closed at sunset and even residents were not allowed to enter after nightfall.

The statue of st John of Trogir, the patron Saint of the town, watches over the city from the gates.

The Cathedral of St. Lawrence stands in the main square. Construction of the Cathedral began around 1200 and took around 300 years to complete. So various different architectural styles such as Romanesque, Gothic and Renaissance are all found in this one building.

The front gate of the cathedral was built in 13th century in Romanesque style. Its the work of renowned local sculptor Radovan who was also known in Venice.

The chapel was built in 15th century in Renaissance style. The stone coffin of St. John of Trogir, the patron saint of the city, lies in the chapel.

The ceiling decoration of the chapel is outstanding. There is a sculpture representing good with his head facing downwards.

Trogir has a long history and culture dating back to Greek colonial times. But adaptation of the free Renaissance style further refined and enriched the city’s culture.

It’s one of the exceptional places in Central Europe where an entire Medieval cultural town scape is so well preserved with its closely packed buildings and narrow streets. The fact that its a fortified island town has certainly contributed to the preservation of this beautiful heritage.